Here are excerpts from the memo I sent to clients this evening. It’s a summary of the market so far this year and some possibilities going forward:

I am very pleased that we survived the first 2 weeks of 2016 with our heavy cash position. The first week of January was the worst 5-day start in the history of the stock market. I was expecting some form of a bounce during the second week, however, the warning signs continued to accumulate and kept us on the sidelines. The warning signs included: slowing fundamentals, poor technicals, lack of leadership, global economic slowdown, and complacency based on sentiment measures.

Now, the big question: Is this a garden variety 10-15% correction? Or is this a longer Bear Market? I am open minded to both possibilities, however, either scenario will require some patience and discipline.

SCENARIO 1 (see below) would be a situation similar to 2011. This would mean the market doesn’t see a great deal of downside from here, but the next 3-6 months will likely be filled with increased volatility before we see a new sustained uptrend. 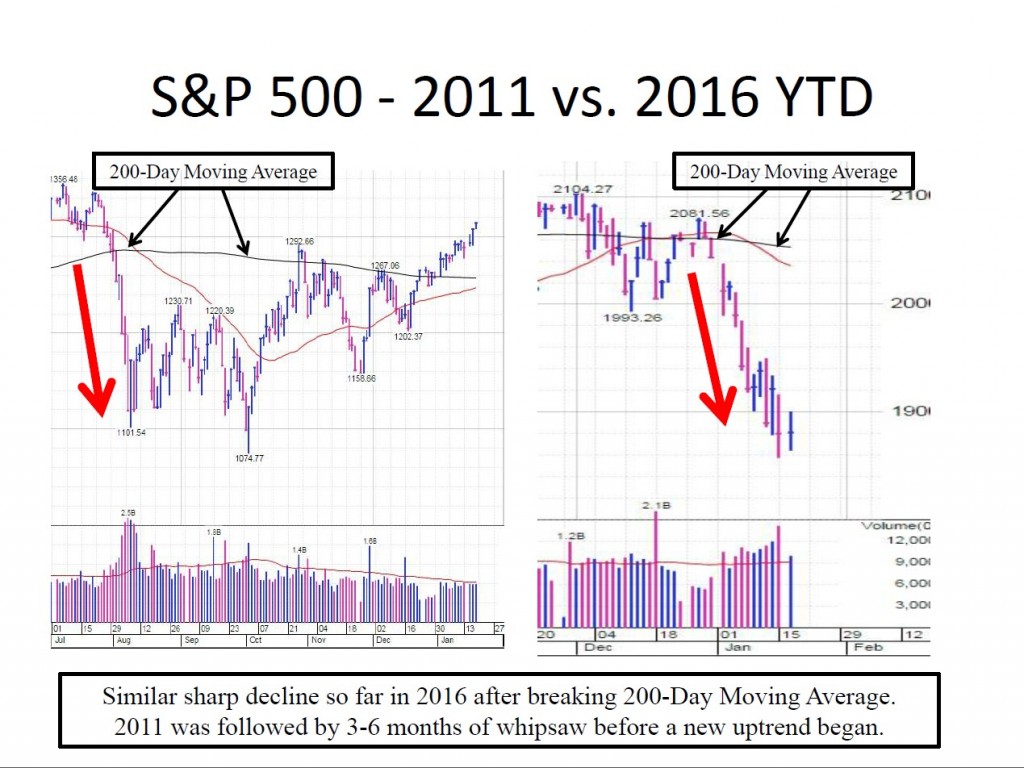 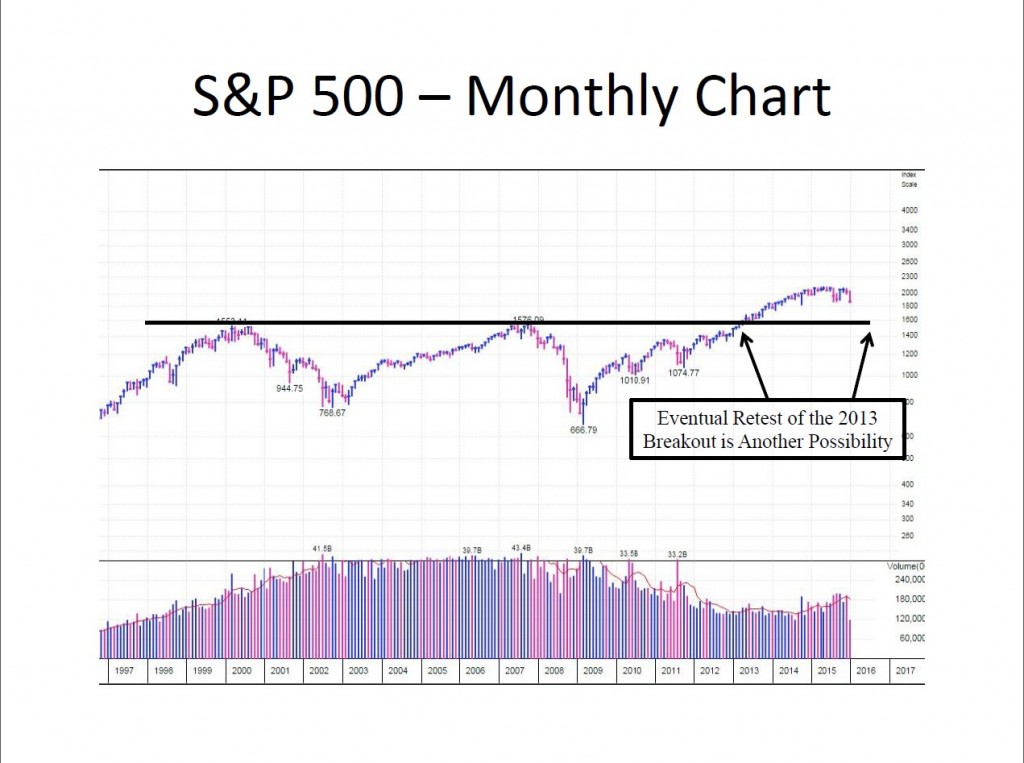 Of course, there are other scenarios from here, but I don’t see a disastrous 2008-like Bear Market for too many reasons to get into. In addition, we could see the market recover even quicker than I expect if oil stabilizes, China improves, and the Federal Reserve hints of no rate hikes this year. Either way, I am open minded to many possibilities and ready to re-enter the market as soon as healthier signs emerge. In the meantime, sitting on the sidelines with light trading is best until conditions improve.